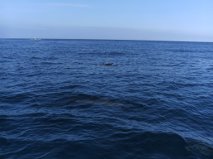 Catherine is a member of various professional translation and interpretation organizations including the ATA (American Translator's Association), NAJIT (National Association of Judiciary Interpreters & Translators) and SFT (Société française des traducteurs) among others. She holds certifications by the Washington State's Department of Health and Social Services (DSHS) to interpret in Spanish and French.

Catherine is a notary public in the state of Washington.

2018: Along with her Spanish and French medical and legal interpretations, Catherine interpreted for Microsoft - she helped edit some French videos and did conference interpreting for various visiting executives from Latin America.

2017: Catherine continued to focus on Spanish and French medical and legal interpretations. One highlight of the year was that she was asked to interpret for radio stations KEXP and NPR for world famous musicians Mariam & Amadou when they came to perform in Seattle. Mariam & Amadou were one of the prestigious groups who performed at the Nobel Peace Price Concert when Former President Obama accepted the Nobel Peace Price in 2009.

2016: Catherine spent the year entirely focusing on Spanish and French medical and legal interpretations. Her clients continued to seek these services due to her on-going dedication to customer satisfaction. She continued working in a variety of settings including hospitals, clinics, law offices, schools and businesses. She continued to translate outside of her interpretation duties.

2015: Catherine spent this year focusing on Spanish, French and Chinese medical and legal translations and performed over 300 translations. She continued as a freelance interpreter.

2014: In addition to her freelance work, Catherine worked on a French localization contract for Real Networks and specialized in legal and medical translations. She continued as a freelance interpreter.

2013: In addition to her freelance work, Catherine worked as a French, Chinese, Japanese and English editor for amazon.com. She started working as a telephone interpreter for Cantalk Canada.

2012: Catherine translated a book in French for local author Emily Hill at A.V. Harrison Publishing. Working with Emily was a fantastic experience. Emily is a great listener and mentor, and has been extremely supportive and encouraging. Please see the samples tab for the book cover for A.V. Harrison Publishing's Les Histoires de Fantômes Et Les Imprévus, the first installment of the short stories.

2011: Catherine worked as a Freelance Editor and Translator, mostly with academic dissertations and papers. She also traveled to China, Taiwan, Luxembourg and Canada to further her language skills and studies.

2006 - 2010: Catherine worked as a full-time employee for Microsoft Corporation in operations and finance. She was the primary contact with suppliers and manufacturers in China and Taiwan.